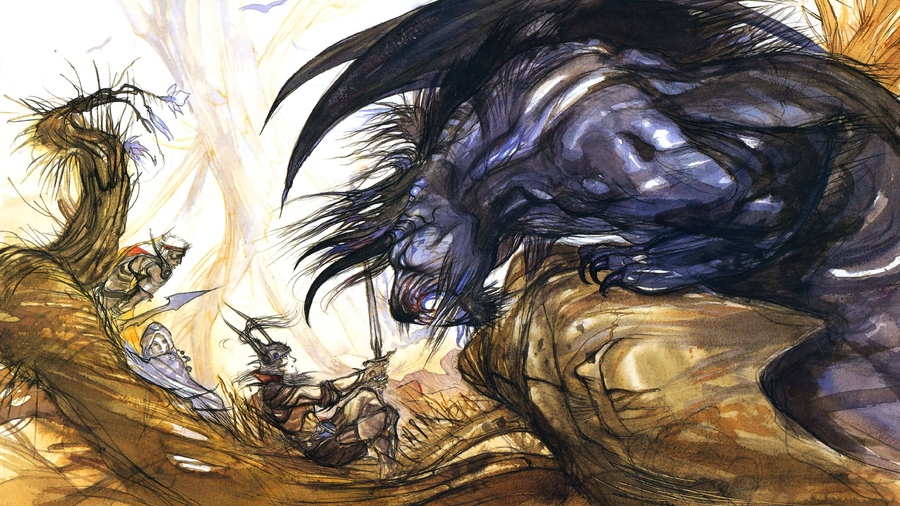 Amid the chaos, uncertainty, and cold indifference – the world plunged itself into ever-consuming darkness.

The seas had wrought away with unnatural pollution.

The air had become poisoned by strange substances.

The earth had become infertile of the once beautiful and bountiful evergreens.

The fires of eternal war ravaged the world into an infinite cycle of life, death, and rebirth.

Tragic as it may sound, the world was overrun with strange hybrid creatures, which brought about havoc, unlike anything before seen on this world. These creatures were ginormous not only in height; but just as equally as deadly in design.

Soulless beasts as they were, they were deprived of the right to live freely; their appetite was never satiated. Instead, they were intentionally programmed to be continuously on the hunt for human beings.

Yet the singular ray of hope that shined ever so narrowly unto this world of hopeless creatures and hapless beings was that belonging to four such brave souls.

The first; was a mighty warrior. His courageous blade was forged in the depths of the brightest and most tempered flames ever found amidst this mortal world. Sharp as ever – both his bravery and his strike were equally matched. Though he led a life of unfair circumstances, his days of savage slavery made him into a warrior unlike any of his kind. His impenetrable determination to seek out justice wherever it may hide was clear from the onset. His people were born into such servitude with no actual future to dream of. Yet, even from a young age, the warrior was fearless and defiant in his own ways. He helped as many people as he could and was ridiculed for doing so. Yet the trials and sufferings he endured in his life certainly made him into the worthy fighter lore would never forget him.

The second; was a healer imbued with earth’s long-forgotten well-spring of natural restorative powers. She was a woman of serene and uncorrupted kindness, for she was one of the lucky few in this twisted world to have been granted the blessings of the holy spirit. Even though the harshest war-time, her ability to persevere and aid those in need of assistance. At the same time, enduring turmoil and travesty was her defining trait. Yet, her compassion and understanding of life knew no worldly bounds; and her secret inner-strength was what truly made her shine in even the darkest hour of fate. Unstoppable even at the behest of her own endangerment, this healer of renown selfless act would never be forgotten in the hearts and minds of her devoted followers.

The third; was a magus of few words. The winds of discarded dreams and stained pasts followed his every move. He was knowledgeable, highly in-tuned with his surroundings, and able to conjure up the strange workings of destructive elemental forces; his life was stolen. Experimented on from a young age, this mysterious and silent man could easily wipe out an entire armada as fast as any machine of mass destruction could ever do. Having been a scientific experiment in one of the high-tech cities full of devious human beings, the magus was unfamiliar with kindness and good-of-heart. Undoubtedly so, his sense of deep distrust did serve a moral purpose. No secret ever escaped his ears, especially none belonging to those in positions of highly corruptible power.

The fourth; was a monk who never gave up. She was the last of her kind. As a consequence of her tragic life, her soul was that belonging to the transparency of water. She was just as agile and adaptive to her environment as any such being of aptitude. Once a leader of her people, the monk had fought through destructive fleets of soldiers to ensure her people’s wellbeing. She had walked through the hard-earned glory of blood, sweat, and tears to avenge humanity’s lost sense of honor, duty, and loyalty. Though having failed everyone she once loved and cherished, the monk was not done yet. For her journey was just at the cusps of its truest beginnings.

Undoubtedly, it would be fate’s working indeed that these four souls would meet at a crossroads in their lives.

Their effect on the world would span countless centuries, their actions would be reenacted throughout the eons and their singular and combined hope for a better future would be remembered through sorrowful and bittersweet tears.

The four warriors of light would not only make history, but they would also start the era of true freedom and salvation. Together, they would help remind the remaining humans left on this desolate world what it truly meant to live amongst each other in harmony with innovation, knowledge, and truth as their pillars of change.

Though they would certainly meet in the most peculiar and implausible way imaginable, their tale would one day be known throughout the world as an ancient story worthy of tomes. And thus, the natural balance of equilibrium would once again be tipped in favor of light.

For how long this would last, however, was quite another story altogether…

Forever in Your Debt,

Source of photo: (click anywhere on this sentence to view the credit for this photo!)

4 thoughts on “Four Warriors of Light”